K-Ranking system marks the ranking of the female golfers playing in KLPGA tours.

2.What are the object tours of K-ranking?

K-ranking is determined by the results of KLPGA tour, Dream tour and Jump tour, excluding event other than tours.

3. What are the qualifications for entry into K-ranking?

All the professional and amateur players who have participated in KLPGA tours (KLPGA tour, Dream tour and Jump tour) are qualified for entry into K-ranking. (However, a player who does not acquire the ranking points in the tour cannot be listed in the ranking.)

5. How are the K-ranking points calculated? 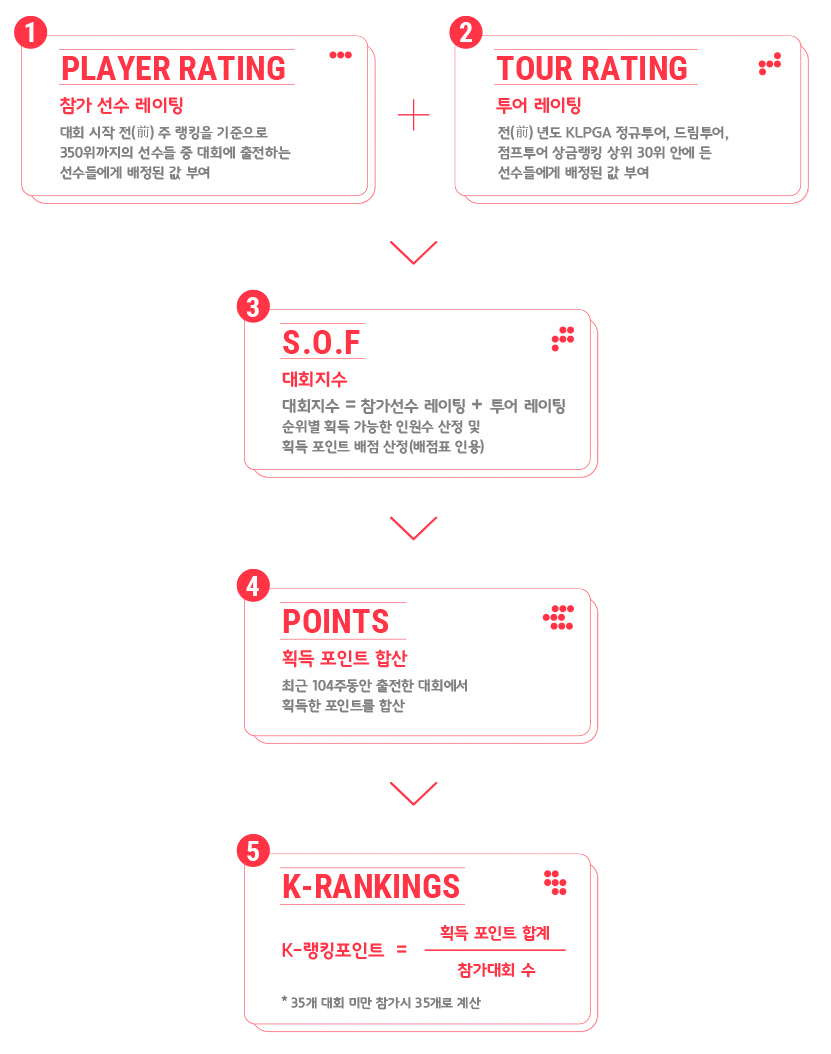 K-Rankings value SOF depends on the rankings of the previous week. Points are awarded according to the SOF after a tournament. The points will be added to the points that players already have. A player is then ranked according to her average points per tournament, as determined by dividing her total number of points by the number of eligible tournaments played. Some conditions will be applied for the ranking:

7. How is the rating of a participating player calculated?

Participating player rating is a distribution table for valuing SOF of each tournament. We will distribute the points mentioned according to the following table to the players play in a tournament depending on the previous week's ranking until 350th ranking.

8. How is the Tour Rating calculated?

Only participating players’ rating has a limitation for applying balance among the tours, then we use tour rating. The tour rating is decided according to the ranking in prize money won in KLPGA tour, Dream tour and Jump tour in the previous year. The points are distributed to the players included in the TOP 30 in the ranking of prize money of each tour in the previous year.
The highest points of Tour Rating are 75 points and cannot exceed 75% of the rating value of the participating players.

9. Do all the players who pass the preliminary round get the ranking points?

10. Do the players receive the points after the announcement of the final ranking of the tour?

Yes, they receive the points according to the final ranking. If there are ties, all the points of the players in the tie ranking are added and divided by the number of players to be given the average points.

11. What is the criteria for recognition of participation in a tour?

12. Is a player listed in K-Ranking deleted from the list if he/she has not participated in a tour recognized by K-Ranking for the past 2 years (104 weeks)?

Yes. It is necessary for a player to participate at least once in KLPGA tours (KLPGA tour, Dream tour and Jump tour) for the past 2 years (104 weeks).

13. How often is K-Ranking updated?

K-Ranking is announced on every Monday. 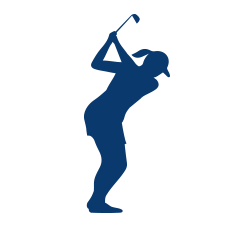